Your bag is empty. 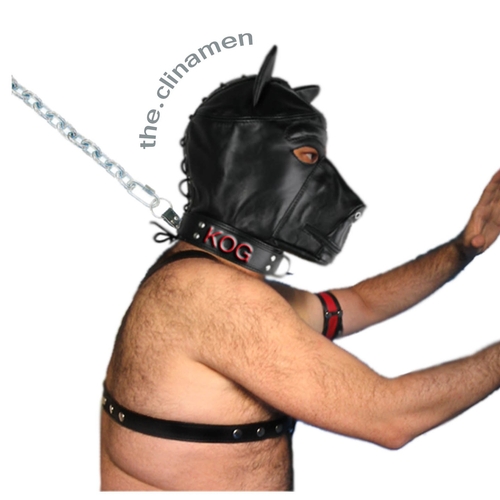 ... as for my aspirations to become a soaring dog, I understand that I cannot fulfill such an identification with the “origin” for this is where even the object of identification, together with my self, disappear, revealing the absence of a model. Thus, I shall embark upon a new field of research, the science of music. Although I still have some doubts about how to hear it, and fail to identify what I hear as music, this failure endows me with a freedom from gravity towards a desire to be a self-floating being, the truth of which I don’t produce via a paranoiac desire to know: it is “a different science from that of today, an ultimate science,” as there’s nothing to simulate except a sense of a directionless, nomadic floating, much as a Bataillian way of communication.

I wonder if this ultimate science is the science of the meta-audible the inaudibility of which, based on a self-shattering “masochistic” pleasure, I celebrate as a failure to constitute myself as a full-fledged subject who can hear the things.

And isn’t this “ultimate science” a matter of “not to be dead and yet no longer alive,” as Nietzsche once put it?

Zafer AracagÃ¶k (aka, SIFIR) is an academic/musician who teaches art theory and continental philosophy at Bilgi University, Istanbul TR. He is the author of three books (in Turkish) and a number of articles addressing the issues of image, resonance and noise in continental philosophy and in the philosophy of Deleuze and Guattari in journals such as Pli-The Warwick Journal of Philosophy, Parallax, Third Text, Rhizomes and Symploke. His musical work is well received, released and performed both in Turkey and abroad such as, UK, France, Germany and Italy. Anthony Donovan is an artist, musician, writer and academic - playing with the London, UK-based improvising quartet, Vultures; who have just completed a tour of Europe, supporting and collaborating with the likes of Faust, Steve Beresford, Philippe Petit, John Butcher, Z'Ev, PAS and Fullborn Taversham. Donovan operates the label, classwar karaoke, with Adrian Beentjes; which has released material by numerous musicians, including Colin John Conass, Bryan Lewis Saunders, Zoologic, Undress Beton, Inferno Speedgown, Fonik and his own, Murmurists. As Murmurists, Donovan has been an ardent collaborator - work which partly finds a home in his Beneath is Translation project. A major work from this series, I Cannot Tell You Where I Am Until I Love You, is forthcoming from Guilded Throne Recordings. Donovan's long-running series of writings, dubbed 'items', can be found via http://murmurists.blogspot.com Donovan is a recognised authority on aspects of Conceptual Art; and completed his Ph.D. at the Manchester Metropolitan University, in 2002.

Unfortunately at this time we can't offer all the KOG - the.clinamen tracks as individual wavs, as some of these tracks exceed the shops maximum (9mins) download length.

These longer wav tracks are available in the full album download.

Unfortunately at this time we can't offer all the KOG - the.clinamen tracks as individual wavs, as some of these tracks exceed the shops maximum (9mins) download length.

These longer wav tracks are available in the full album download.